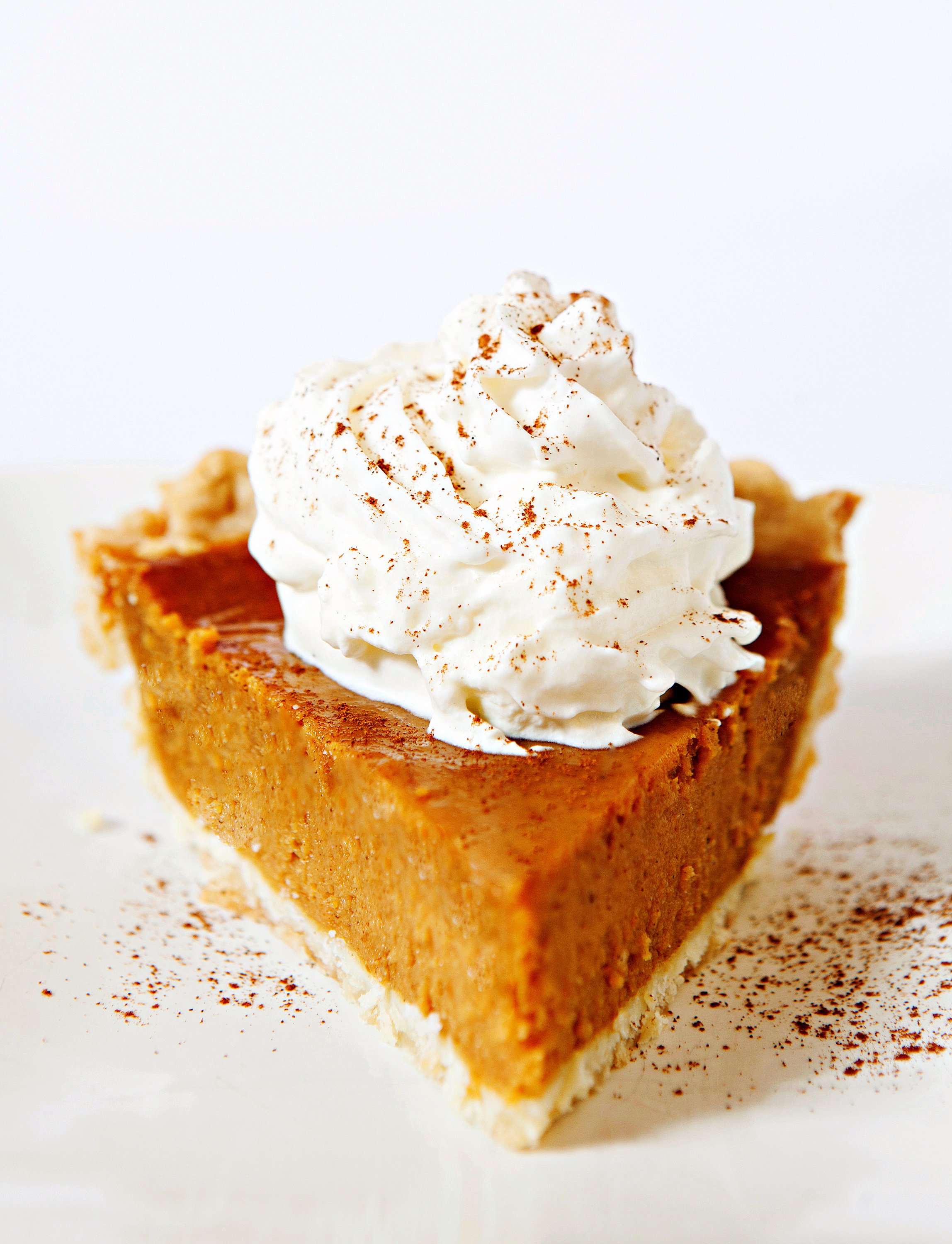 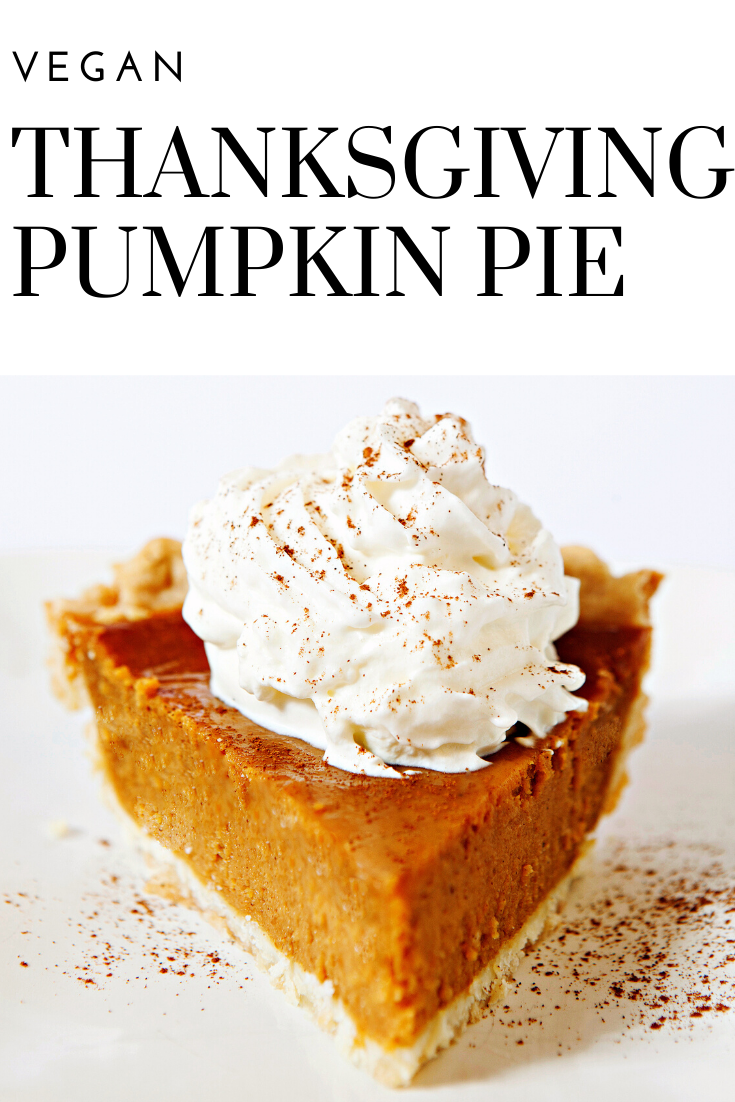 Rich, creamy, and loaded with cinnamon, nutmeg, ginger, and cloves; the classic spices of the season, this easy and comforting pie continues to be a family favorite year after year.

This post probably should have been titled something like, “Libby’s Pumpkin Pie Goes Vegan” because that’s really what’s going on here.

I made that pie for years and I think what I like about pumpkin pie, in addition to the taste, is that it’s not fussy like so many of the others on the Thanksgiving dessert table.

Pumpkin pie is not even trying to compete; it’s confident and humble at the same time. A classic.

I have had to make only two ingredient adjustments since going vegan almost 3 years ago.

STEP ONE: Preheat the oven to 425 degrees F.

STEP TWO: Prepare the egg replacer according to package directions. Set aside.

STEP FIVE: Stir, or use a hand mixer set on low speed, just until combined.

STEP EIGHT: Pour into the pie shell. Bake for 15 minutes.

STEP TEN: Continue baking 50 minutes, until a toothpick inserted in the center comes out clean.

STEP ELEVEN Place on a wire rack to cool completely. Transfer to the refrigerator for at least 2 hours, and up to overnight to set.

STEP TWELVE: Garnish with dairy-free whipped cream and a sprinkling of nutmeg, if desired then serve. 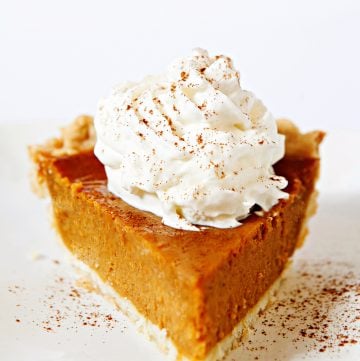 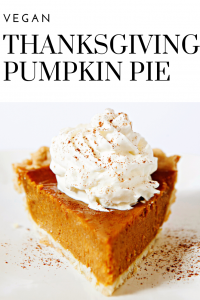